My masters kicked off with a unit trip to Iceland, in November 2016, this journey provided me a unique opportunity to experience the border of the Arctic Circle, a landscape unlike anything I’ve previously experienced, as well as the chance to see the northern lights. Unfortunately, the weather proved to bad for our group to get an opportunity to see this natural phenomenon. This promoted me to investigate the challenges associated with viewing the northern lights as a theme for my fourth year design project.

This scheme follows on from my initial data-mining exercise into ideal locations for photographing the northern lights in the Reykjanes Peninsular, Iceland, which can be read in detail here: Data-Mine: Photography In Iceland. The data obtained from this initial investigation helped me to identify an ideal location for my proposal, which was a small peninsular on the west bank of Lake Kleifarvatn in the Krýsuvík Geothermal Region. 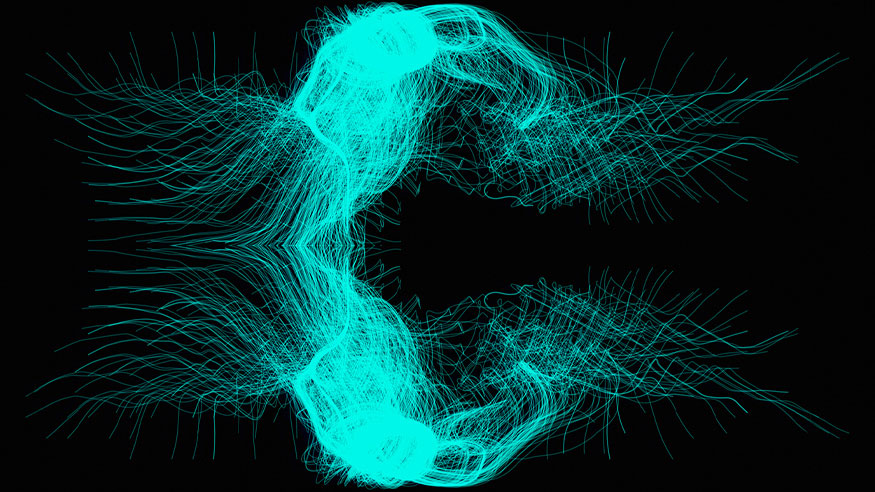 Based on initial site analysis of the Krýsuvík Geothermal Region as well as my first hand experience whilst in Iceland I discovered that at present there are limited opportunities for photographers and tourists to experience the northern lights. The present methods include:

To further compound to this challenge is the lack of formal accommodation outside of the large cities such as Reykjavik.

My proposal consists of a dedicated northern lights viewing park, situated on the shore of lake Kleifarvatn in the Krýsuvík Geothermal Region. The park shall include a dedicated day & night visitor centre for tourists as well as more isolated accommodation units along the banks of the lake, ideally suited for professional photographers.

In order to achieve this I started investigating a material system based on similar particle physics which are found in the science behind the Northern Lights. In order to experiment and create simulations of hundreds to thousands of particles, I started to study The Nature of Code by Daniel Shiffman to help me understand how to code a particle system in Processing 3.0

My first attempt at a particle system investigates the fluidity of movement found in the Northern Lights and seeks to organise it in a constructed space. I utilised Processing 3.0 and developed a basic physics engine following my research on the Nature of Code. The process, followed here, is generated by three forces (gravity, attraction and repulsion) the latter two are applied to the particles (agents) via set points. The agents are activated by emitter points and during their course leave a trail behind for us to recognise the nature of their trajectory. As the process develops we get a variety of results according to different configurations and applied values.

From this ongoing process I chose to model a moment which presents a balance between different dynamics. I converted a set of trails from simple curves into (lofted) meshes in order to generate geometry out of mapped movement.

Stage 2: A Particle System with behaviours

A key limitation I discovered in stage 1, was that the agents had no encoded logic and therefore could not interact or affect one-another. Furthermore, the forms which were produced had little to no structural integrity.

A methodology I had earlier investigated whilst learning Grasshopper was that of Topological Optimisation. I used Millipede, a structural analysis and optimisation component for Grasshopper,  as it is able to produce a vector field which describes the internal stresses (compression and tension) of applied loads and/or the self-weight of a structure (see image to right.)

The resulting data from the Topological Optimisation on a base form was then passed to a new Processing application which I coded. The data was passed from Millipede to my application as an array of voxels. Each voxel contains a three properties (Origin, Heading and Stress) (see image to right.)

Finally, within the Stage 2 Processing application, I encoded each agent to have three core behaviours (Separation, Alignment and Cohesion). The weighting coefficient of each of these behaviours could be adjusted in real-time within the application (see video bellow). These weightings were also dynamically altered per agent as they traverse the vector field. When a region of high stress is discovered an agent will desire to separate and the alignment coefficient is magnified in order to apply more material in a unified direction (resulting trails) within this region of high stress. The inverse also takes place in regions of low stress were the agent desires to join its closest neighbour resulting in a reduction of applied material in this region. 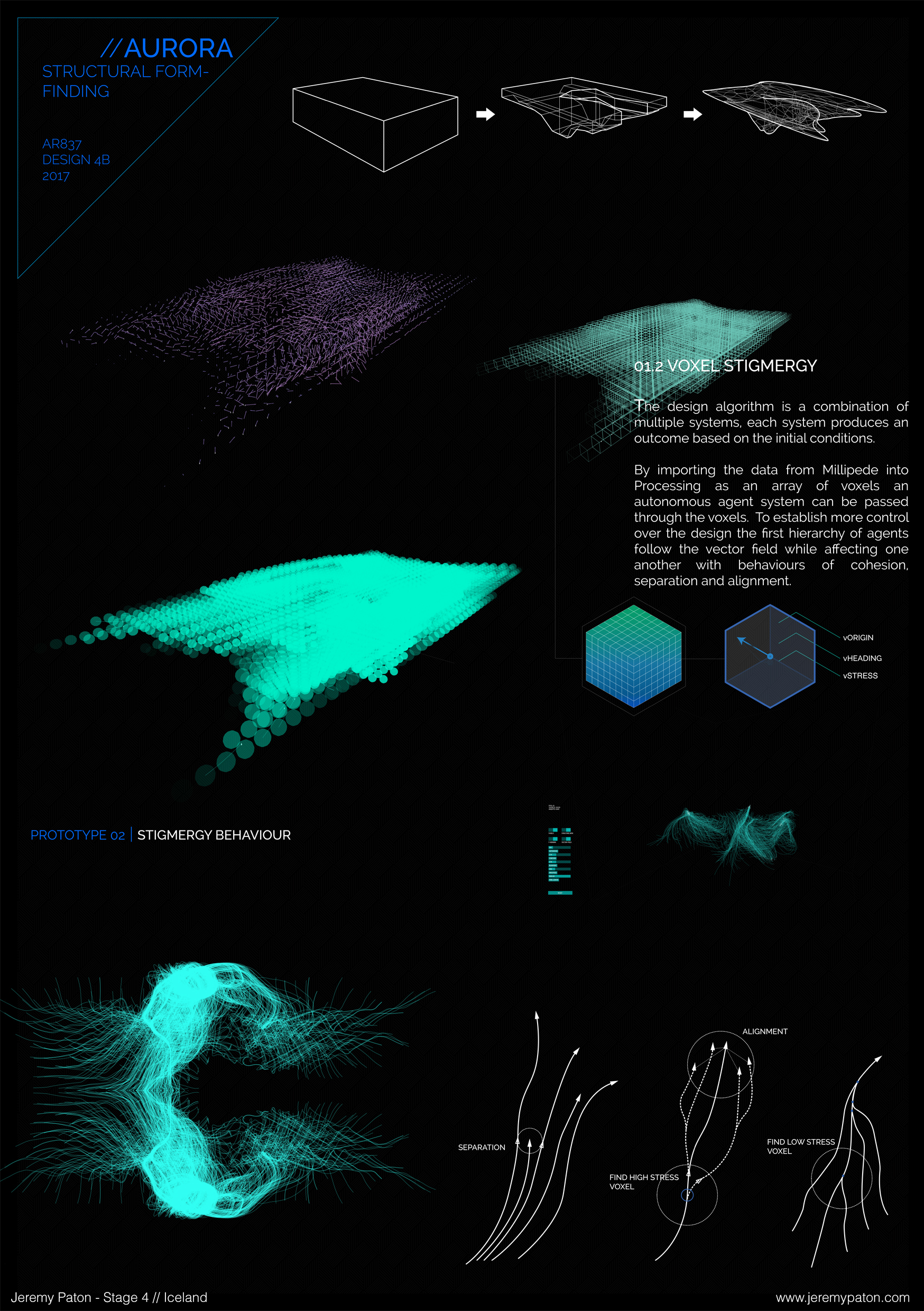 Continuing with the theme of capturing the visual characteristics of the Northern Lights, the master-plan was informed by the locations of photographs identified in my initial data-mining application, as well as a multi-stage process of sub-dividing a grid which connects these points in the landscape.

The proposal, as stated above, includes a dedicated visitor centre and a series of  accommodation units. The visitor centre acts as a hub of activity providing amenities for the visitors including a restaurant, spa and geothermal heated pool, retail facilities, reception and accommodation for a limited number of on site staff. 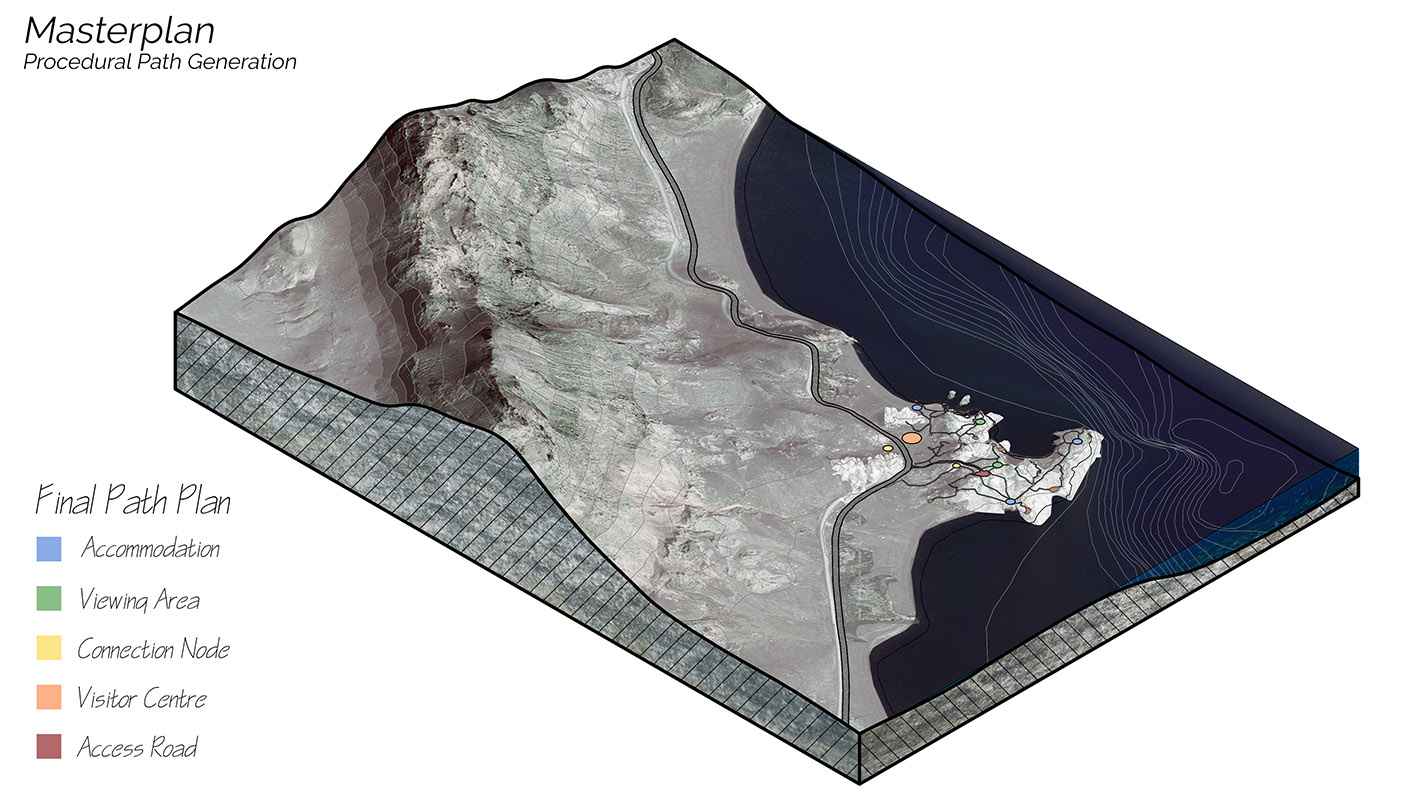 The master plan bellow illustrates the visitor centre, connecting routes throughout the park and the three accommodation units.

The forms produced from the particle simulations act as an abstract roof over the visitor centre plaza and platforms on which visitors who are staying in one of the accommodation units can explore and take photographs of the Northern Lights and surrounding landscape. 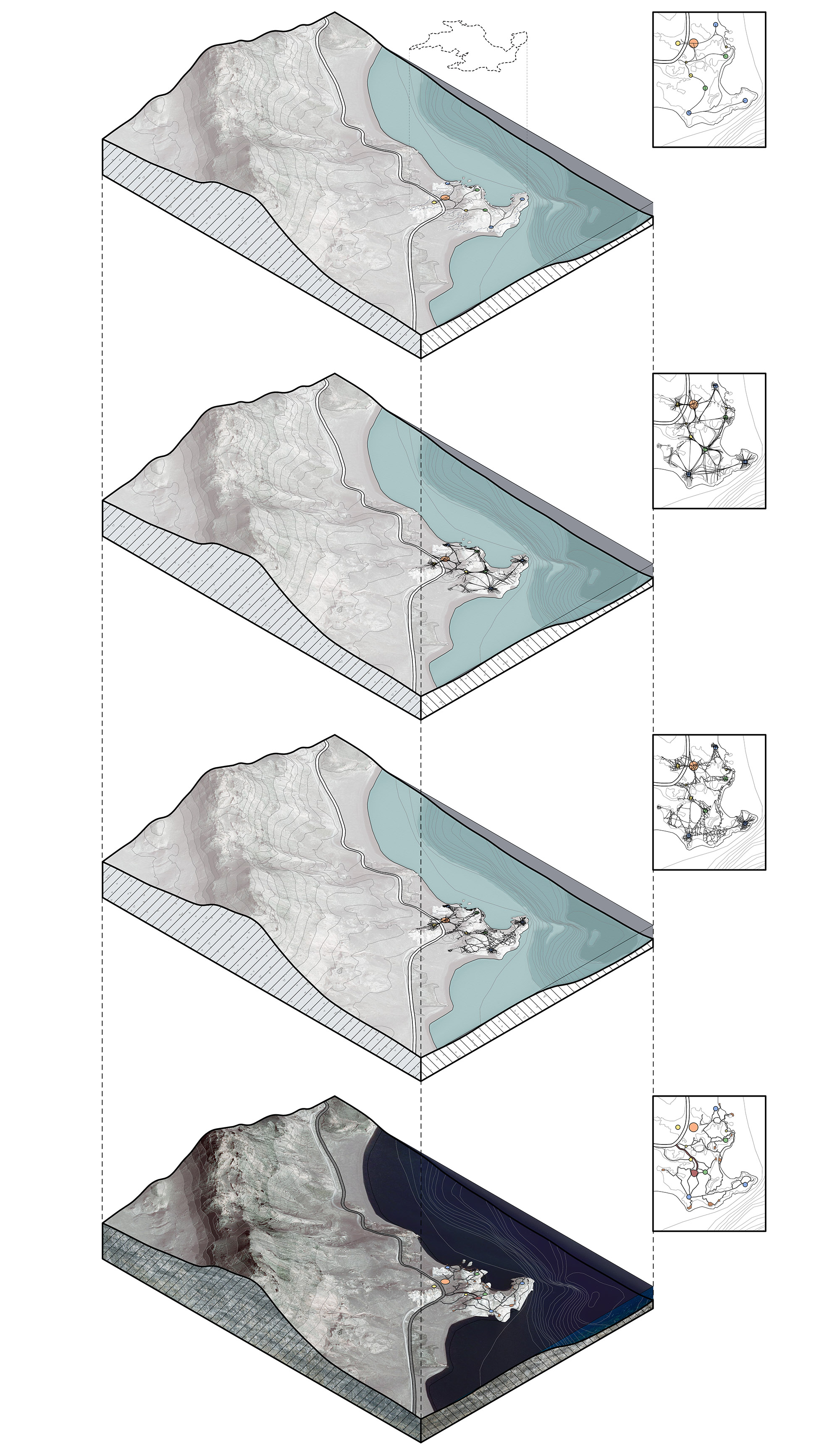 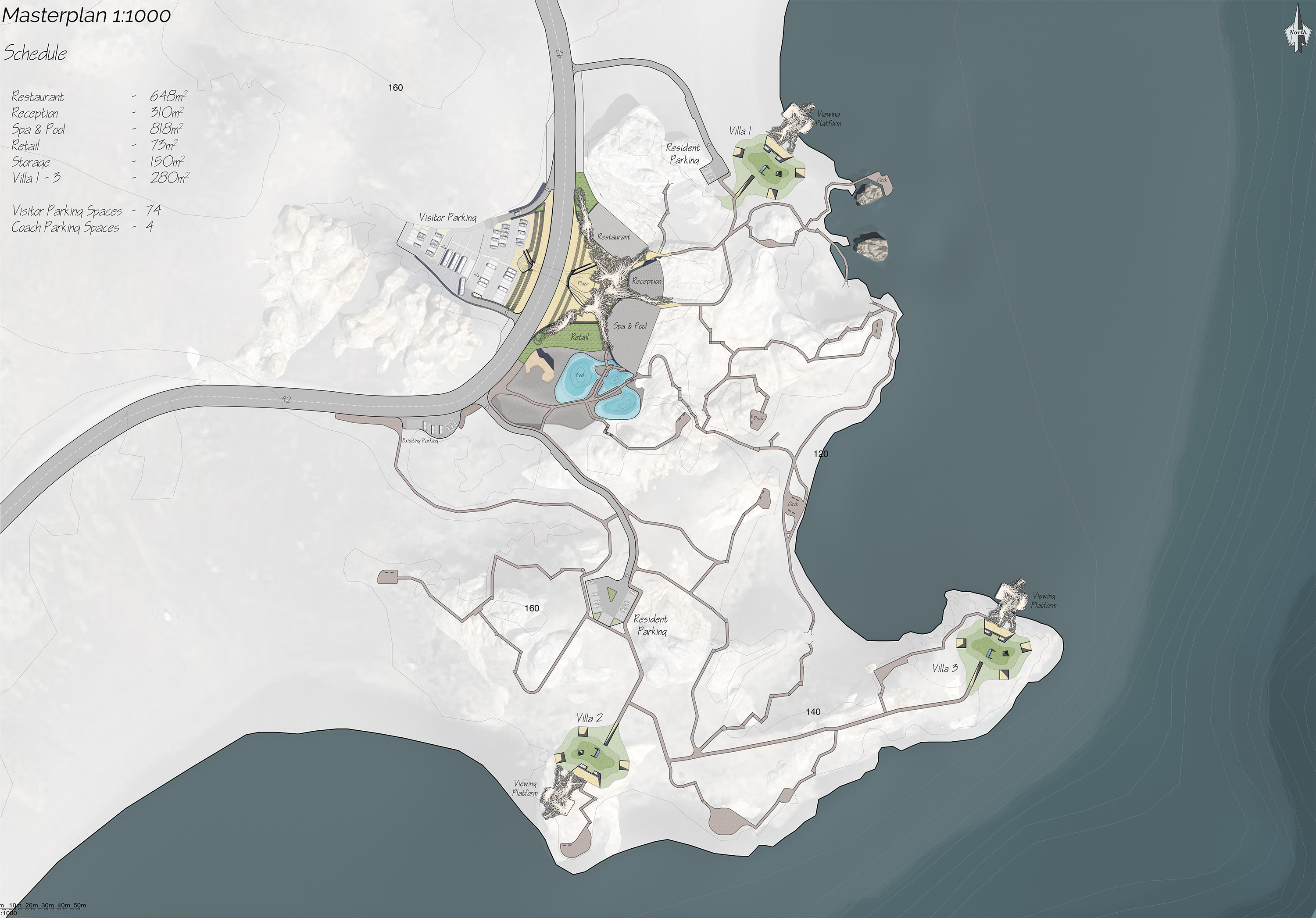 View From The Villa 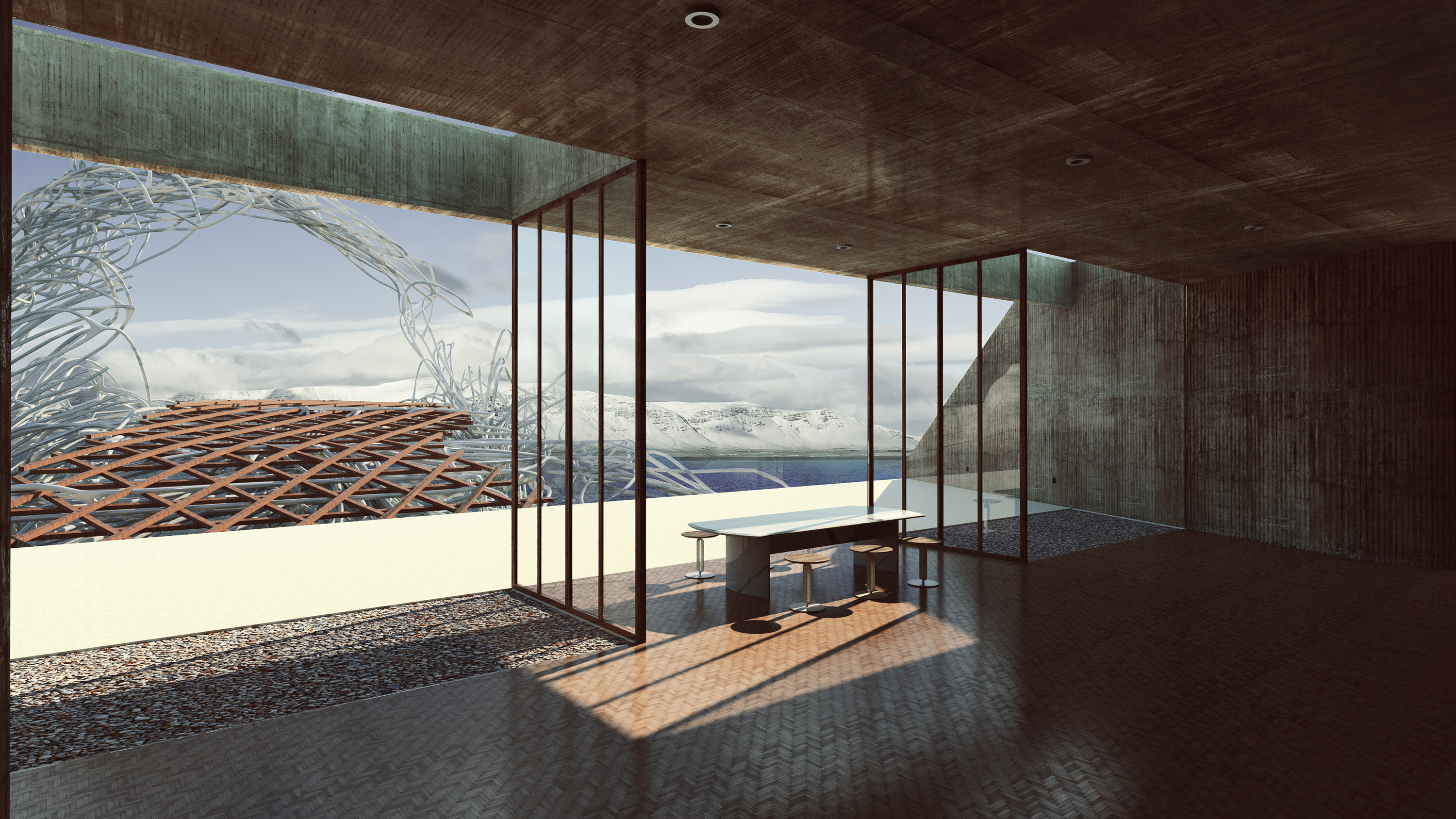 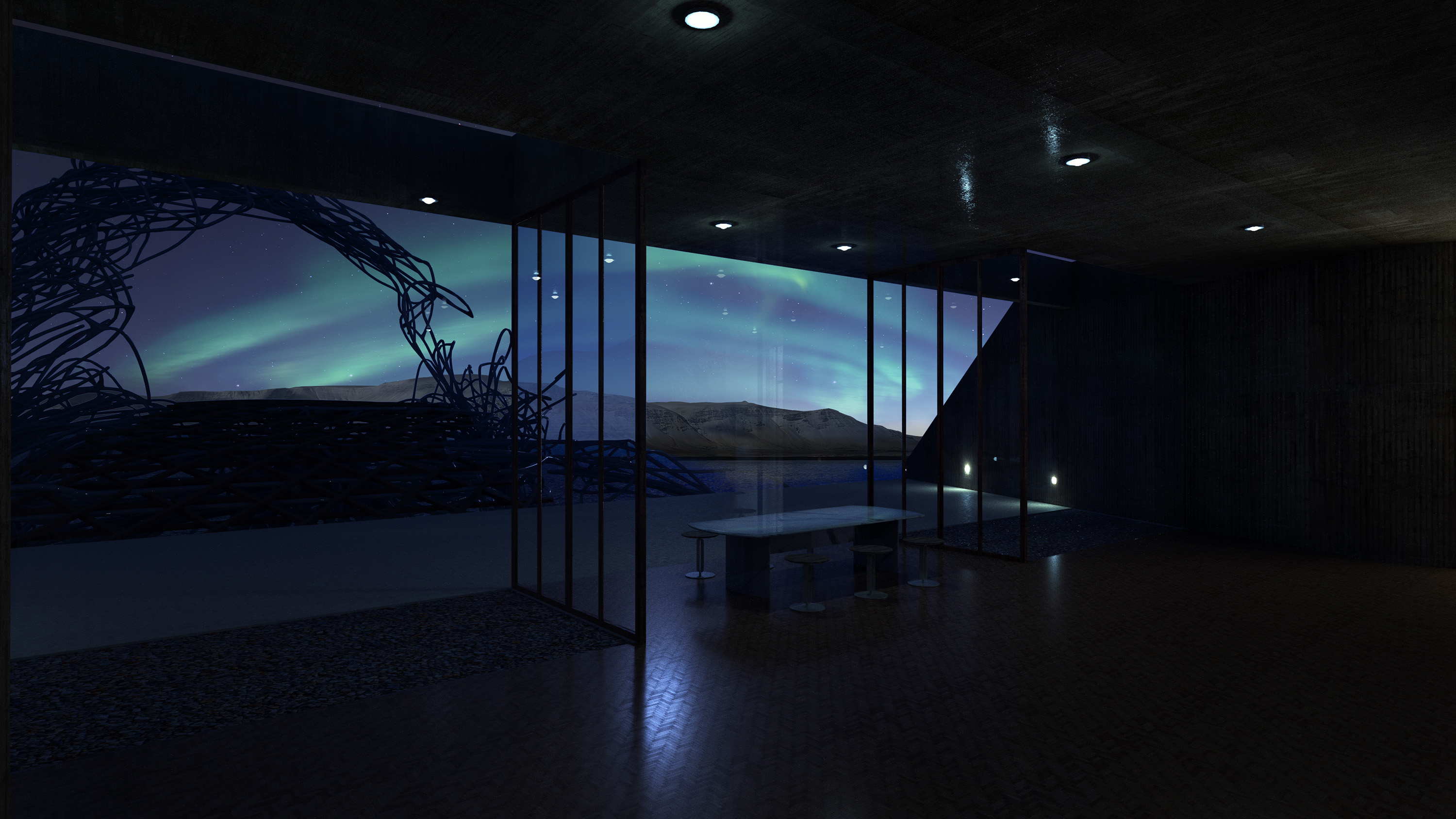 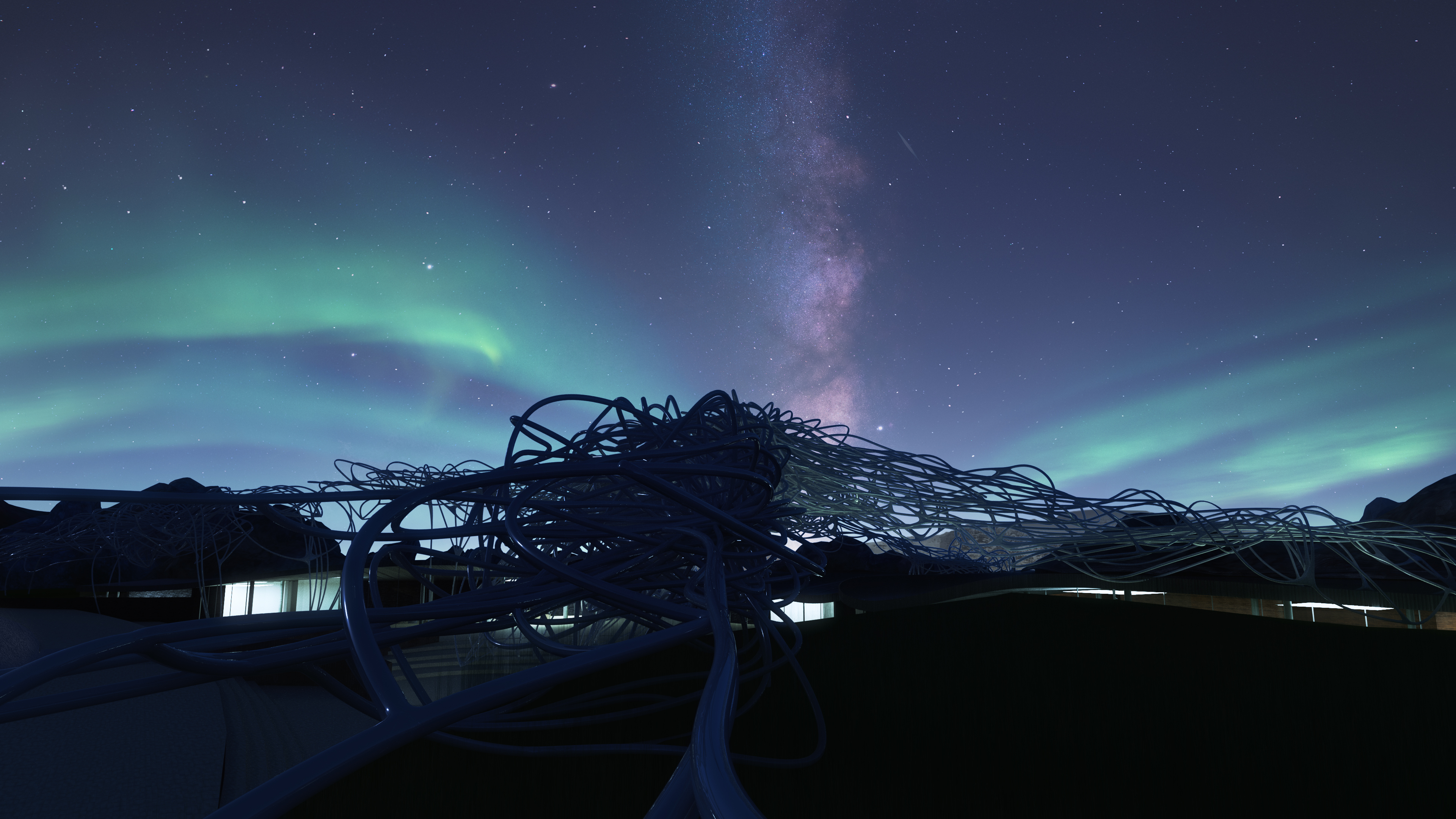 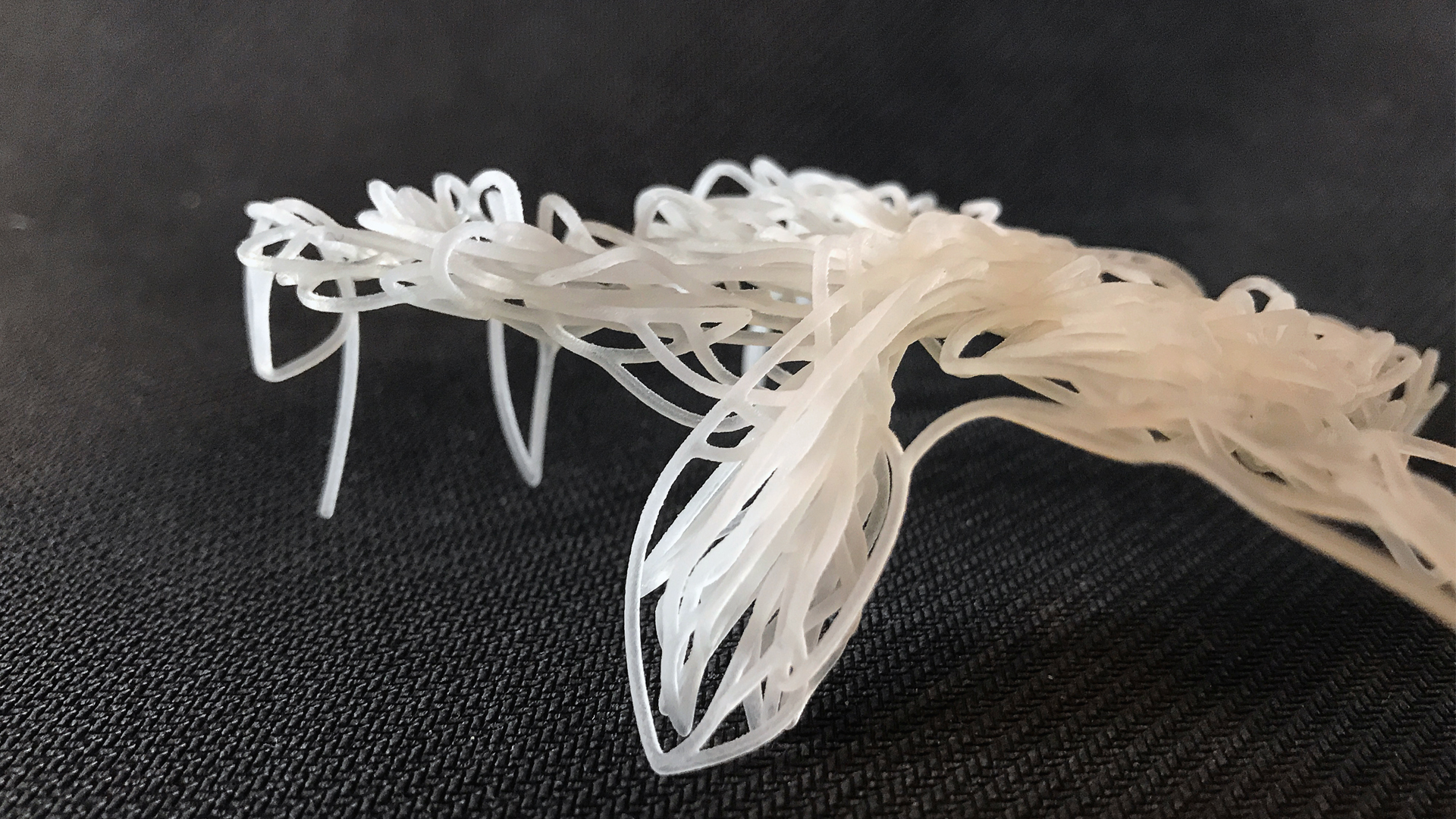 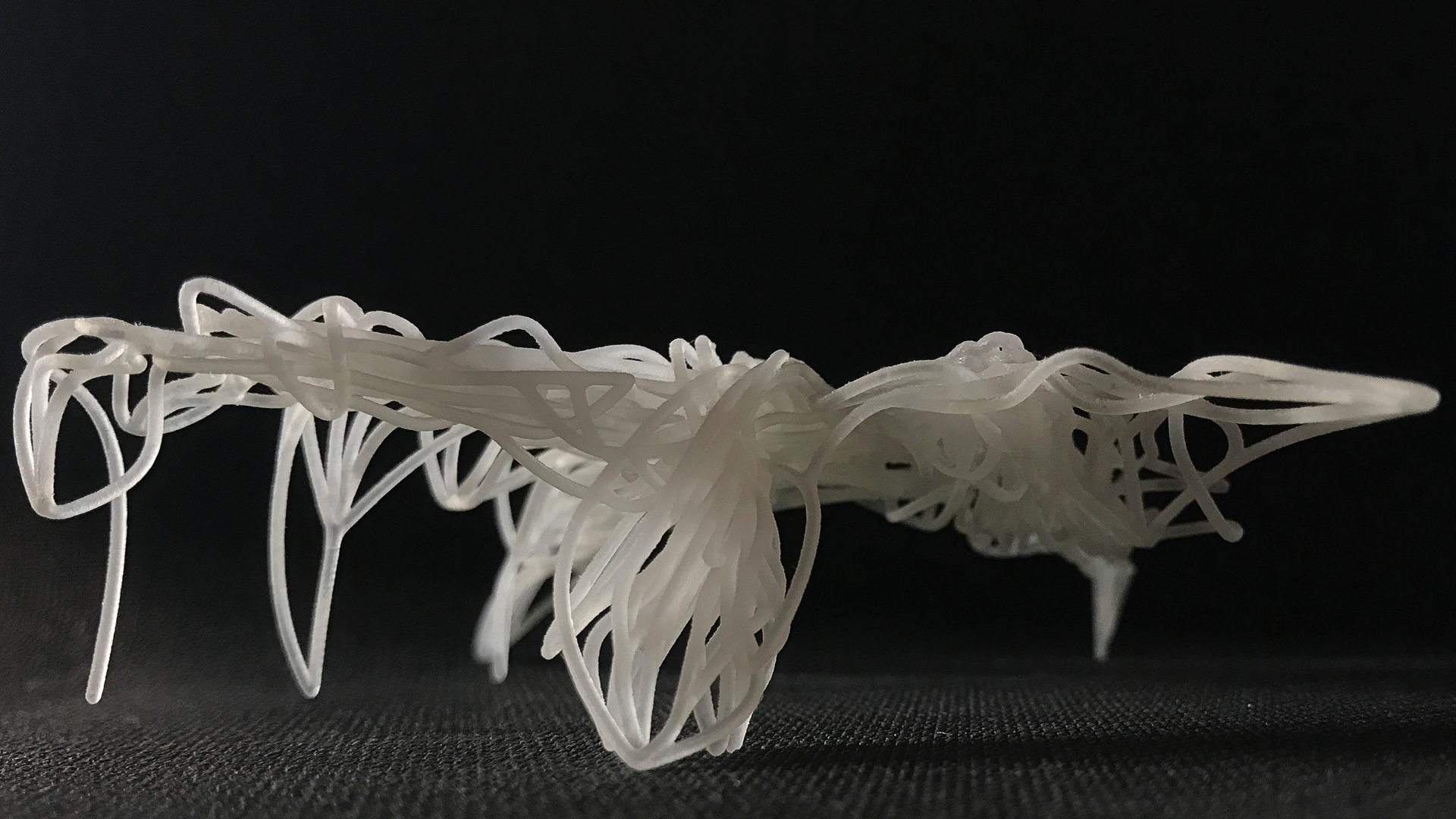